My daily driver phone at the moment is a Google Nexus 6P. It is the last of Google's true Nexus phones, so it is especially nice if you want to do some Android development and have more recent ROMs and access to new Android features. It is also a really nice option if you want to have very affordable worldwide cell and data coverage with Google's Project FI which requires you to have a new Nexus Phone or the its successor, the Google Pixel. The difference to the Pixel does not seem so big, however, the 6P has a major downside: it runs a Snapdragon 810 which (under load) overheats even more than other cell phone processors.

I felt this issue very often - the phone was behaving sluggishly, felt hot in my pocket- and in addition I got a very short runtime (often less than 10 hours without re-charging). However, lots of people report very few overheating issues on the Nexus 6P and advise against an upgrade to the Pixel as not being worth it.

So why would mine have it? There also seem to be a lot of reports around battery drain on the Nexus 6P, especially after upgrading to Android 7 (Nougat, read here), but I really feared upgrading as I already had these problems under Android 6. There is now even a class action lawsuit building up against Google and Huawei (more here).

Basically motivated by the hot phone in the pocket, I was thinking if my case could be the problem, The Nexus 6P has a nice metal body, so I thought if there was no or a very thin case it might allow much faster heat dissipation. I was using a flip case for the Nexus 6P , the Nillkin [Sparkle] Nexus 6p Flip Cover Folio case. It had a really nice grip, was pretty light and protected of course the whole phone - being a flip cover. I switched to a pure bumper case from RhinoShield and I was nothing short of impressed: it seems that nearly all my battery drain and overheating problems are gone. I have on average 3-6 hours more of battery life. It now looks usually like in the following image. The stuttering still occurs sometimes but also much less often. 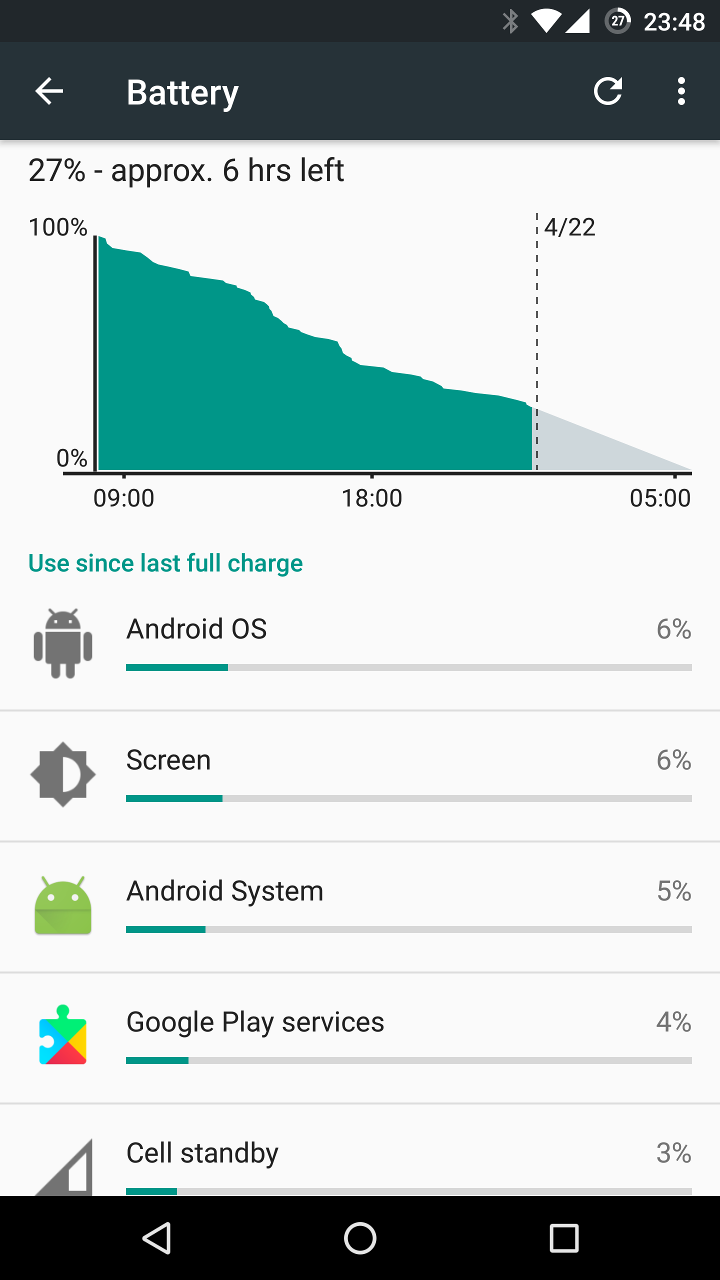 So, of course this experience is not a big study, but maybe some of the people investigating the lawsuit (and maybe also Google and Huwaei) should check if there is actually a correlation between the drop outs and drains and the cases teh respective people use.

If you have a 6P, I would love some comments on your personal battery and overheating experience, and please take the phone for a day out of its protector (be careful though) and check its runtime.

Products discussed in article and links to buy them: