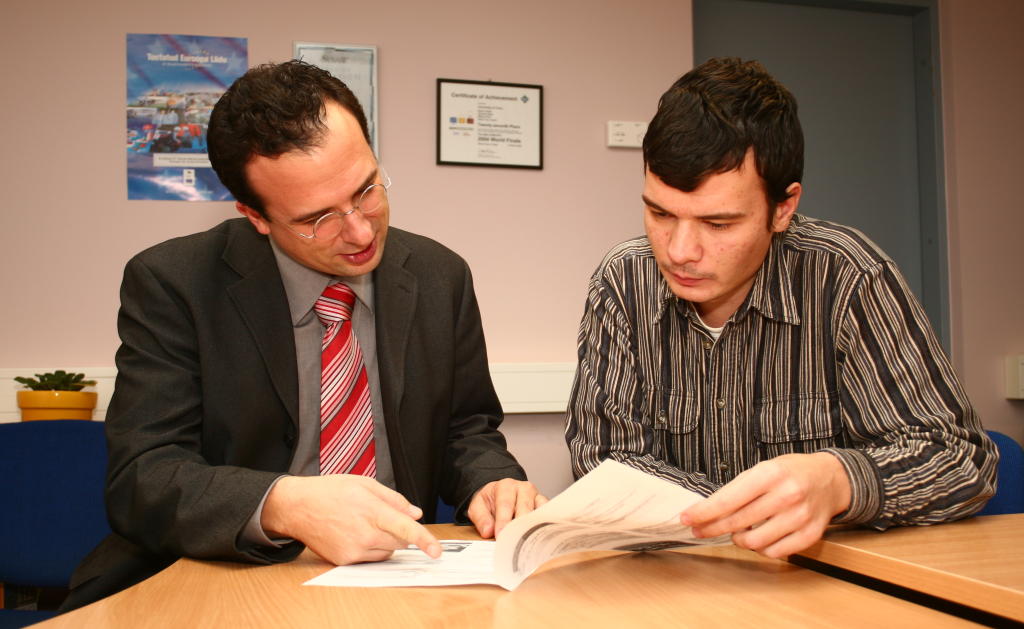 Oleg Batrašev and I in a serious discussion.

This page contains information on my advised theses, suggestions for new theses and internship topics, and encouragement for finding your own topic for a thesis or internship under my supervision. In general, these topics are not fixed and should not be regarded as base for either an internship, bachelor, master, or even PhD thesis. They can be adapted to the specific task or even extended and augmented by your own needs and ideas. If you want to find information on how to write a thesis, have a look at the page thesis writing. If you cannot identify yourself with one of these suggested topics but think your ideas would integrate into one of my research topics, feel free to contact me any time. We will find some possibilities to put your ideas or projects into practice. If you came to this page for technical consulting in a larger IT project, please also do not hesitate to contact me.

I tried to sort the topics in topic areas, so the first (and sometimes second) level is the title of the respective topic area.